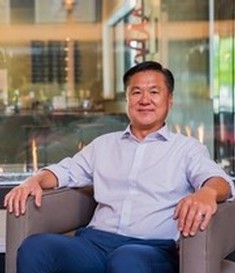 Anthony Hsu has been at the helm of Maxville Winery since 2014.  Anthony was raised in the San Francisco Bay Area and also spent time during his early years in Taiwan, his birth country. After graduating from the Fuqua School of Business at Duke University, Anthony spent over 30 years in international finance focused on the creation of new business ventures.  He has brought this entrepreneurial mindset to Maxville and under his guidance and vision, extensive renovations have been made to the winery and grounds, resulting in the stunning architecture and modern art of the winery's grand entrance and gardens.

It was Anthony's vision that also created the Maxville winery name and current wine portfolio.  The winery's iconic bear logo was his inspiration to reflect the winery's deep connection to California's early history, but also to capture the power and quiet strength of Maxville's wine style.  Anthony is committed to establishing the Chiles Valley AVA of Napa Valley as truly unique and on par with the other world class AVA's in the valley and he has spearheaded significant changes in the Maxville Estate vineyard to better capture Chiles Valley's distinctive terroir.

On a more personal note, Anthony's passion for cooking and sharing his preparations with guests is reflected in the winery's hospitality.  Anthony's love of ethnic foods (he is fluent in three languages and two regional dialects of Chinese) brings a distinct flair to Maxville's food and wine pairings. 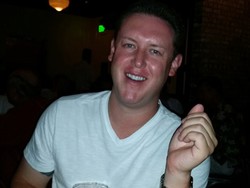 Born and raised in Napa Valley, Doug spent the last 17 years learning, honing and sharing his love for wine, food, fun & all things Napa Valley. His first job was for famed sparkling wine producer Domaine Chandon in Yountville. It was there that he caught the wine bug that brought him to work for Auberge du Soleil and then  Dean & DeLuca, where he began doing wine pairings for nearly 80 different Napa Wineries and was featured on television shows “In Your Kitchen”  & “In Wine Country”

Doug went on to work for the likes of, Michael Chiarello, Falcor, Reynolds & Monticello. Awarded the title of “Colonel” from the Govenor of Kentucky in 2009 for his outstanding accomplishments in wine country, Doug says, “It just goes to show you, you NEVER know who you’re going to meet in this business, which is why you have to show everyone a good time. The most important thing to all of us is that our fellow oenophiles return to share in our passion and celebrate the beauty that is Napa Valley.” 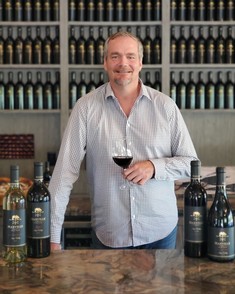 Jean Hoefliger was born and raised in Switzerland, where he first worked on his godfather’s estate.  He decided to forego a career in international finance to become more intimately involved in the fascinating field of winemaking. Determined to learn winemaking from the best, he moved to Bordeaux, France, and then to South Africa to further his training.  In the meantime, Jean completed his formal viticulture and winemaking education at the Swiss Federal School at Changins, the only National Centre of Excellence for viticulture, oenology, and arboriculture.  Jean soon thereafter made his way to California and worked at Hartford Court, Newton, and Alpha Omega in Napa Valley.  In April 2019, Jean shifted his focus to consulting winemaker, opting to share his knowledge and instincts to help more wineries achieve their goals. 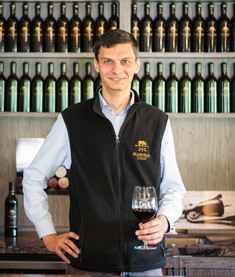 In July 2020, Anthony and Jean brought in Bastien Lucas as Maxville's Winemaker.

Bastien has followed a similar path from Europe to the Napa Valley. Born and raised in France, Bastien’s earliest wine experience was at age 14 at Château Lynch-Bages. He returned to Lynch-Bages in 2008 and spent a full harvest there, where he first experienced in-depth the meticulous complexity of luxury winemaking and developped a passion. Bastien earned his Master Degree in Enology from the winemaking school of Bordeaux, France. During his studies, Bastien was fortunate enough to secure internships and worked harvests at both Alpha Omega in Napa and Monteverro in Tuscany, under Jean’s tutelage. In 2015, Bastien returned to work at Alpha Omega where he became Assistant Winemaker. 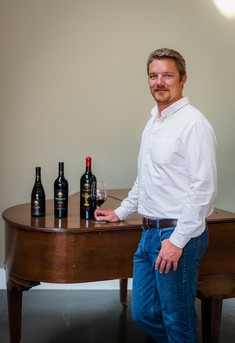 Collin Lilly is from Asheville, North Carolina, where his first experience occured at the age of 8 years old, at his family’s estate vineyard and winery alongside his uncle, winemaker and viticulturist. Over the years Collin and his family established 17 acres of French varietals and officially began his winemaking journey with his family’s first vintage in 2010.

It wasn’t until his first year of college football at the University of North Carolina-Charlotte that Collin truly became passionate about making wine and decided to pursue a career in winemaking and instead of his future in football. Arriving in the Napa Valley in 2015 Collin has worked his way up the winemaking ladder from a seasonal Harvest worker at renowned wineries like Louis Martini and Anomaly Vineyards to cellar lead at Cade Winery, while he continues his pursuit for winemaking and viticulture degrees from Napa Valley College. Collin brings with him a versatile background in making high end luxury wines and we hope he will bring that wealth of knowledge to help propel Maxville Winery in becoming a luxury wine producer.

We would love for you to